The internet gold rush has transferred control of vast swathes of cyberspace to a very small and select group: the Big Techs. This made ‘important intermediaries on social networks“Very profitable advertising businesses that have developed in a context of non-existent confidentiality and weak laws on the liability of intermediaries. They create the market, grow the market, and shape the rules of the market. No advertising company, or company in history, not even Big Oil or Big Tobacco, has had so much power over consumers and the economy. This evil power is perhaps the greatest challenge that nations and peoples will face. Responsible technology must be India‘s leitmotif in 2023 as it chairs the G-20, and a digital republic solidifies its sovereign mission when it turns 75 next year. It will require sound policy, sophisticated policies and a return to first principles.

The concentration of wealth is a matter of competition and a matter of economic policy. If left unregulated, it leads to inequalities in income and opportunity. But the concentration of power in speech – what is promoted, shared or suppressed – should be of more concern. Safe havens in the United States along with the principles of self-regulation have allowed Big Tech to choose what should be implemented and what should be ignored, making it the arbiter of authorized speech. For example, anti-vaccine Twitter users thrived during the pandemic, while, at times, less dangerous actors had their posts tagged. In January, Angela Merkel, German Chancellor denounced then-US President Donald Trump’s dis-platform by Twitter. “The right to freedom of opinion is of fundamental importance,” said Merkel’s chief spokesperson Steffen Seibert.

The question here is not whether or not Merkel agreed with Trump’s tweets. The question is: who is censoring it, how and with what process and with what level of transparency? For the Chancellor and for many, Twitter cannot choose itself when it wants to be a provider of public goods, and when it is a private messenger eligible for intermediary protections. When governments around the world describe digital connectivity as a “utility,” the lines of information cannot be interrupted by religious, cultural or ideological filters. Like water, electricity, and roads, important social media will need to serve everyone, even those its management and owners disapprove of.

[Platforms] can’t choose for [themselves] when they seek to be providers of public goods, and when they are private messengers eligible for intermediary protection.

Cases where utilities (eg electricity and water) are refused or disconnected are specific, rare and regulated. Even in the information age, only the state and its three pillars have this right. Global Big Tech is not part of this constitutional arrangement. Checks and balances are in place, with legal remedies available to everyone within the state as well as to external actors. Any alternative to this constitutional configuration would amount to legitimizing operations of foreign influence in internal affairs. In the extreme, for a country that is almost perpetually in electoral mode, this would amount to electoral interference. It might sound like hyperbole, but it’s closer to the truth than we realize. For example, if an electoral candidate delivers an inflammatory speech on a physical stage, the Election Commission, law enforcement and the judiciary act against him, not the private company that set up the stage or the power company. which provided an electrical connection to the microphone. Is the online equivalent honored by Big Tech?

Australia understands this. In February, it adopted the News Media Bargaining Code. The code encourages middle-tier tech companies to negotiate deals with the media, effectively requiring Facebook and Google to pay news companies for the content. The law was passed after a long battle between the Australian government and social media companies. It intensified when Facebook removed content from some Australian news agencies, several official government handles, emergency services and civil society organizations from its platform. Prime Minister Scott Morrison stood firm: “These actions will only confirm concerns … about the behavior of big tech companies who think they are bigger than governments and that the rules should not apply to them. they.”

Canada, too, is taking steps to reduce the monopoly on wealth and discourse that big tech currently enjoys. Just this week Canadian lawmakers pass Bill C-10, which seeks to regulate the type of content that streaming media services favor on their platforms. The bill, which has yet to be passed by the Senate, aims to bring digital streaming platforms on par with traditional streaming services; they are required to increase the visibility and “discoverability” of Canadian content and to set aside a portion of their profits to support a fund that promotes original Canadian productions.

Across the US Ocean, the European Union is also actively working to mitigate the risks posed by the Big Tech monopoly. Margrethe Vestager, Vice-President of the European Commission for a Europe fit for the digital age, said the tech giants “have the power to guide our policy debates, and to protect – or undermine – our democracy. In December 2020, Vestager and his office filed the Digital Services Act (DSA), which seeks a systemic assessment of the various social, economic and constitutional risks posed by the services provided by Big Tech.

The most decisive decision to date has come from Poland, which has proposed a law to “limit” the censorship trends of tech giants. Shortly after Donald Trump’s Twitter platform, Prime Minister Mateusz Morawiecki wrote on Facebook: “Algorithms or the owners of corporate giants shouldn’t decide which views are right and which are not. There can be no consent to censorship. The new bill provides for a special mechanism for those whose content or profiles have been blocked / deleted by social media platforms, where they can complain directly to the platform, which is obliged to respond within 24 hours. After examination by a specially constituted “Council for Freedom of Expression”, deleted content can be restored by ordinance. If the platforms do not comply, they face a hefty fine of up to 50 million zloty (US $ 13.4 million).

India, too, must take tough calls. Digital India’s vision has progressed – from just four unicorn companies in 2014, India had 12 in 2020 alone. Regulations must adapt to this economic and social reality. It is absolutely essential that the Privacy and Data Protection (PDP) Bill, currently under consideration by a Joint Parliamentary Committee, is introduced and enacted as law. Without the general framework of the PDP Bill, India’s Big Tech regulation will be ad hoc, and can be misinterpreted as a political instrument.

Digital India’s vision has progressed – from just four unicorn companies in 2014, India had 12 in 2020 alone. Regulations must adapt to this economic and social reality.

Regarding the regulation of intermediaries, the Indian government launched a public consultation process in December 2018 and invited the public to submit submissions to the Ministry of Electronics and Information Technology. A range of civic, industrial and academic actors participated. The rules were notified in February 2021, specifying clear compliance requirements within three months. Yet the reaction of Big Tech platforms has been to delay, block and obscure compliance.

It is high time that the actions of these companies were subjected to systematic and rigorous parliamentary control; but for that, we need legislation. Indian law and policy are rooted in our constitutional principles. India’s digital governance policies are no different, but now they need the Imprimatur of Parliament to be truly effective. And if there were questions and grievances regarding the scope and constitutionality of the law, Indian courts will be the ultimate judge.

The goal of regulatory frameworks is to safeguard the public interest, even (or perhaps primarily) if it is to erode the results of powerful vested interests. To quote again Magrethe Vestager of the European Commission (in an intervention to a technology policy panel at the Raisina Dialogue earlier this year), regulating Big Tech, “Is it a job, not a popularity contest.”

Perhaps the real limitation is that of our imagination. In our minds, Silicon Valley is forever a sunny and happy place, ruled by long-haired geek prodigies in t-shirts and flip flops. The reality is that Big Tech instincts today are driven by a unique sense of territoriality and a collective impatience for different systems of governance. For them, their “code is law” and it is universal. This is at the heart of the problem. 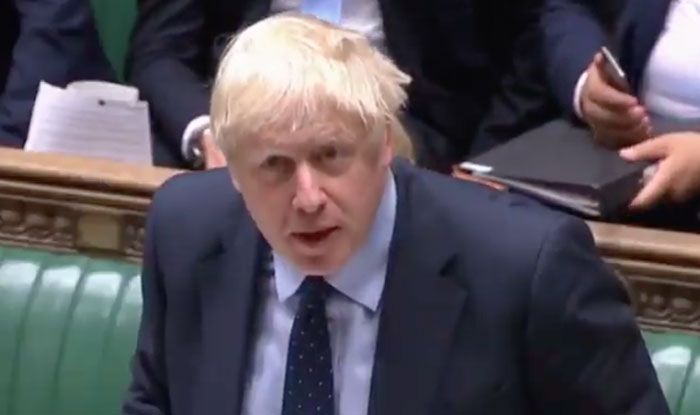