Why OnDeck is sold at a low price


ISLAMABAD: Major export associations said the unified export program proposed by the Federal Board of Revenue (FBR) was an anti-export measure to transfer all export promotion programs from regulatory collectors to the Organization input-output coefficients (IOCO) by creating complications in the granting of approvals, audit and delivery of credentials.

Exporters told Business Recorder that the proposed program would have serious implications for the granting of approval and security instruments. It was proposed to transfer verification to post clearance verification (PCA) without any consultation or recommendation from key stakeholders such as exporters. IOCO and PCA have only three offices across Pakistan, while IOCO’s Islamabad office is still not operational.

The IOCO was established to assist on various technical and industrial issues related to I / O waste, determining the correct duty drawback in an institutionalized manner containing sector specialists such as engineers, cost accountants and chemical examiners to make inquiries in the fields based on information provided by the applicant as well as by regulatory collectors.

Experts said the proposed SRO has been chalked to move export promotion programs from all collectors to IOCO, without asking for comments from key stakeholders. There is a panic-like situation among exporters who did not expect customs authorities to take such anti-export action. In practice, exporters will face more problems and burdens in processing their approvals and security instruments related to export promotion programs and then at the time of release after reconciliation of export promotion programs. After the drastic changes in transfer of powers and functions, exporters would be required to comply with only two directions in Pakistan as regulatory bodies for the application and processing of export promotion programs and exporters owned by cities like Islamabad, Rawalpindi, Peshawar, Lahore, Multan, Faisalabad, Sialkot or any other city would approach Lahore to get final approvals and processing of their cases. Exporters belonging to said cities would have to physically travel to Lahore, which is almost impossible to save time and money compared to the existing system where the relevant customs collectors deal with the exporters’ issues.

Referring to the new system, the experts said that Articles 7 and 9 of the draft notification were confusing and made it clear that the regulatory authority was the OIOC, while the collectorate simply handed over the profile analysis report. to the OICO within the prescribed time, which will create a lot of problems for the exporters, the exporters will have to constantly approach the Collectorates and the IOCO in different cities. 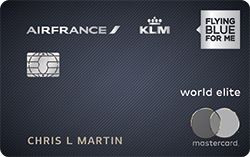