Loneliness has been one of the greatest damages of the pandemic, and some people are more affected than others. In general, those at the very top and the very bottom of the socio-economic ladder have had the greatest chance of meeting and socializing, while those in between have suffered the worst consequences.

Start with those in higher socioeconomic levels. I am not part of the elite CEOs or heads of state. But from my own experience, I can say that these people have plenty of opportunities to socialize.

I have attended conferences, for example, where everyone is required to test for COVID every morning, under the guidance of trained professionals. This arrangement is expensive, but some groups can afford it. I also attended a conference held in the winter in Arizona at a large, beautiful resort, with most of the sessions outdoors.

On a more global scale, a G-20 meeting was held last fall in Rome. Although full details of this encounter are not public, it is very likely that testing, vaccination and ventilation standards were strict.

These precautions make sense for presidents and prime ministers. The argument is less clear for comparable investments aimed at securing the meetings of lesser diplomats. So while leaders meet and talk, those lower in the pecking order may have to resort to Zoom calls.

In politics, the real result is a rather unwelcome centralization of power. People at the top make connections and stay informed. Members of the bureaucracy are more stagnant in their understanding and political reach. The highest elites also have the comfort of private planes, which are going to carry less risk of infection than flying business class or first class, let alone coaches.

At least until the omicron strain, many elites seemed to believe that “people like us just don’t get COVID” – and to some extent they were right. So many meetings were based on simple trust and the knowledge that the people at the party hadn’t just come after working eight hours on the floor at Costco.

In some ways, the elites may have found it easier to meet other elites. CEOs, for example, have far fewer face-to-face meetings with their subordinates. This gives them more time to do other things, including socializing with other elites or traveling to favorable time zones. Some wealthy people “follow the seasons,” spending winters in Florida and summers somewhere milder. In both cases, a better climate can facilitate socialization.

What about those from lower socio-economic strata? Data is hard to come by, and I can’t speak from my own experience either. But it stands to reason that many simply haven’t had the time to educate themselves on all the dangers of COVID-19, while others may be actively hostile to elite opinion, including the government. body of available scientific evidence. This is very unfortunate, for their health and for those around them, but one consequence may be that they have continued to socialize at pre-pandemic levels.

Poorer people are also much more likely to work in public service jobs. In many of these jobs, like at Walmart or McDonalds, there are co-workers to socialize with. There are workplace chatter that an adjunct professor teaching remotely does not know.

Of course, some types of socialization are preferable to others, and some groups more privileged; a desert resort is friendlier than a big box retailer’s stash. And while the pandemic has left many people very lonely — many older people in nursing homes, for example, have struggled to maintain and expand their relationships — there’s no need to debate which group is the loneliest. Still, I could argue for some sympathy for Northerners in mid-level jobs who work alone or remotely. Think academics, accountants, middle managers.

We should all be aware that not everyone has been able to return to normal social life to the same degree. In January 2022, America remains an emotionally damaged nation.

Tyler Cowen is a Bloomberg Opinion columnist and professor of economics at George Mason University who writes for the Marginal Revolution blog.

This article originally appeared on Palm Springs Desert Sun: The loneliness epidemic has damaged the mental health of the middle class 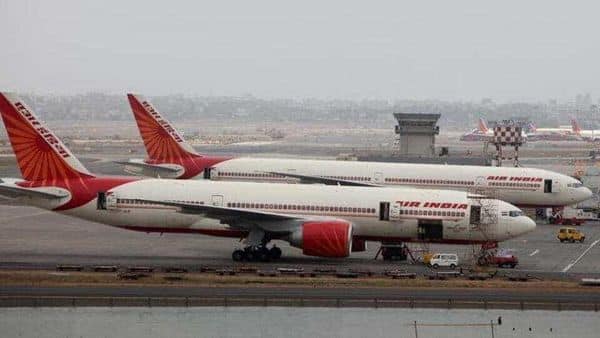